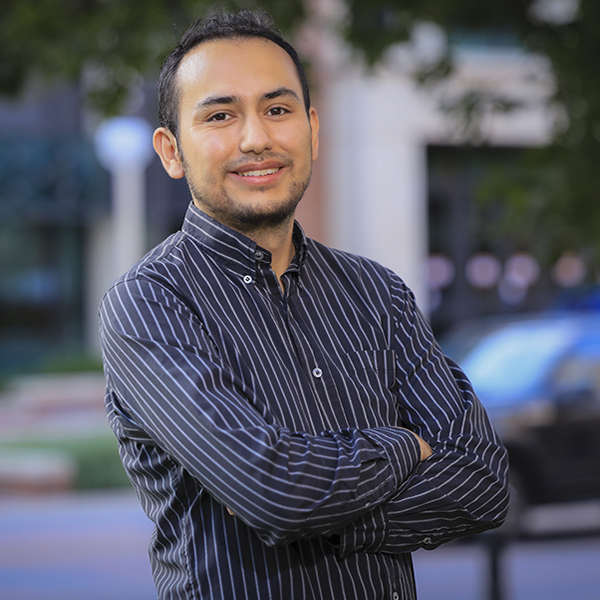 Institute for Biosecurity and Microbial Forensics

In our research we aim to develop applied research to overcome the slow diagnosis challenge, enabling diagnosticians and plant and animal pathologists worldwide to simultaneously identify various pathogens in a more affordable, user-friendly and efficient way. E-probe Diagnostic Nucleic Acid Analysis (EDNA) is a cyberinformatic gateway that concatenates a series of bioinformatics and analytical tools for diagnostic assay developers and clinical diagnostician users. Currently, a Graphical User Interface (GUI) has been developed, and a new name has been adopted, Microbe Finder (MiFi®).

The winter wheat soil microbiome project aims to be used to help stakeholders predict the productivity of the wheat by probing the soil rhizobiome itself. The microbial composition of soil was determined from 3 locations in Oklahoma, and e-probes were developed for the microbes that were abundant in the high productivity soil. This will serve to test and cross validate current e-probes with field samples which will include experiments set up during 2021.

Citrus pathogen diagnostics – citrus pathogens cause millions of dollars in losses to the industry worldwide. In collaboration with UC. Riverside, e-probe validation was done using our MiFi platform for citrus viral pathogens, which were added to the citrus library. The developed e-probes were added to a previously developed library that contained more than 30 libraries for pathogens of citrus. In collaboration with the USDA APHIS Plant Protection and Quarantine (PPQ) we validated e-probes in vitro since they provided with HTS metagenomic data. Having collaborations with institutions that perform daily detection with PCR, qPCR and sequencing allowed to compare our technique with the gold standard. Specifically, our collaboration with PPQ has allowed us to compare end point PCR vs Illumina sequencing and determine that many times, sequencing and MiFi® is more sensitive than other techniques. E-probes for MiFi citrus is being prepared to be available initially to PPQ and the Citrus Clonal Protection Program at UC Riverside and eventually available to diagnosticians where citrus is grown.  Allowing access to a faster diagnostic tool will allow faster release of clean citrus varieties for a $3.4-billion-dollar industry in California alone.

MiFi Grapevine is an ongoing project and we were recently funded by ODAFF for another year in 2020. The grapevine industry only in the United States is valued at $6.26 billion U.S. dollars. The FPS at UC Davis performs all the virus testing when the United States receives new varieties from other countries. The U.S. imports numerous varieties and they must be tested for various pathogens before they are released to the field. The testing is usually performed for more than 12 pathogens (including strains) that are required to be negative. However, FPS also offers the service of cleaning grapevine varieties from viruses using tissue culture. Therefore, FPS performs at least two diagnostic tests for each new imported variety. They use PCR as the gold standard but have started to use Next Generation Sequencing. We started a collaboration with FPS where they provided Illumina sequencing runs that belong to known infected material to validate our MiFi Grapevine. We have been able to successfully detect the pathogens in the samples. The diagnosticians are already starting to use Next Generation Sequencing as an alternative to PCR or as a screening method. In the case of FPS, they are able to use it as both screening and diagnostic. Similarly, other states like Oklahoma are suffering from devastating viral grape diseases that could have been prevented by rapid diagnostics. We have been funded by ODAFF to develop MiFi Grapevine for three consecutive years (2018, 2019 and 2020) to help the Plant Disease & Insect Diagnostic Laboratory (PDIDL) detect all the grape pathogens at once using MinION sequencing and MiFi®.  During 2020 we developed technique to detect non-PolyA viruses and increase concentration of all viruses. Results were cross-validated with real-time PCR. The impact of MiFi® to this industry is, as mentioned above of above 5 billion dollars if grapevine diseases are timely managed.

Animal disease outbreaks can occur anywhere, and efficiently managing them includes the use of fast and accurate diagnostic tools. The most expensive side of outbreaks is that quarantines are imposed and trades decreased drastically affecting prices, therefore decreasing profits for farmers. In close collaboration with PhD candidate Sai Naranyan and Akhilesh Rmachandran at OADDL at OSU we have generated e-probes for Bovine Respiratory Disease (BRD). These probes have been successful in the detection of bovine respiratory pathogens such as Mannheimia haemolytica, Pasteurella multocida, Histophilus somni, Mycoplasma bovis, Bovine Herpesvirus-1 and intestinal pathogens such as Salmonella species from field diagnostic specimens (lung and feces, respectively) that were sequenced using MinION by Oxford Nanopore Technologies and iSeq100 by Illumina Inc. Future studies are aimed at methods to enrich metagenome data with pathogen nucleic acid sequences, detection of RNA targets, and simultaneous pathogen detection and characterization. Having e-probes for the aforementioned pathogens allows diagnostic laboratories like OADDL which are equipped with sequencing devices to use MiFi® to rapidly detect pathogens for BRD and report back to the farmers. Starting treatment early, can save approximately 54.12 million in losses due to expensive treatments.

The swine gut microbiome and animal health has been characterized in several studies. Imbalanced gut microbiome is associated with swine high morbidity (e.g., diarrhea) leading to significant losses in the swine industry. Gut microbiota play an important role in extraction, synthesis and absorption of nutrients. Commensal bacteria prevent pathogenic bacteria colonization and maintain intestinal epithelium integrity. Effectively determining the gut microbiome before symptoms appear in pigs is critical to treat them. A project with PhD candidate Ishtar Silva Lara and Professor Scott Carter in Animal Science will help determine the impact of different sources of zinc on the gut microbiome of piglets. If E-probes are successful in pointing to optimum gut flora, diagnostic laboratories would be able to offer gut microbiome profiles to assess gut health and determine efficient course of treatment. The developed technique has the potential to increase swine profits, an industry that has an estimated production of 23.4 billion only in the U.S.

All the aforementioned projects which are related to MiFi® rely on a robust system that unequivocally can detect the organisms in the sample. In an effort to improve the statistics of MiFi® we aim to develop a machine learning algorithm that will be trained with metagenomic data. The algorithm has been trained for each pathosystem during 2019 and 2020.  In a joint project with the Department of Statistics at OSU, we have been trying to determine the best variables and statistical models for pathogen detection. The current situation is that any metagenomic dataset obtained from sequencing diseased plants is different depending on the source, host, disease stage, etc. It has been difficult to assess the statistical analysis for MiFi® that works for all the patho-systems. Therefore, in the era of big data, we aim to use metagenomic data as building blocks of statistical models that will predict disease v. no disease. We have been using MiFi® analyzed data from citrus metagenomes as a proof of concept. Preliminary trials included linear and logistic regression models to determine the best fit for disease prediction. For qualitative inference we are using a logistic regression models where e-probe hits and hit quality are used as variables for prediction. Briefly, the suspect plant/plants DNA is extracted (metagenome) and sequenced using high-throughput sequencing (HTS). The data obtained from that HTS run is analyzed using MiFi® e-probes and hit scores are used to train both logistic and linear models. The models are trained using multiple HTS runs and must be done specifically for each disease and host.  The objective of this project is that the generated model, is later used to predict disease qualitatively, or quantitatively in logistic or linear models respectively. Developing models that effectively predict plant disease, will permit faster pathogen detection and opportune disease management. The impact of MiFi® working for animal and plant systems can improve the profits of multibillion-dollar industries by decreasing their losses due to disease, thanks to faster detection of all pathogen in a single assay.

In addition to the aforementioned projects, I collaborated on side projects which included: (1) the genome sequencing and assembly of Coniothyrium glycines and Ralstonia solanacearum. The genome assembly side projects have been published as resource announcements in peer-reviewed journals as can be observed in my CV.  The impact of these projects is not only positive to applied research, but also to basic research, where scientist can use the sequenced genomes to develop new assays. Another side project includes the development and curation of e-probes for Wheat Streak Mosaic Virus (WSMV). This is a virus vectored by the wheat curl mite Aceria tosichella Keifer and is a major pathogen of wheat in Oklahoma affecting shoot and biomass. Timely detection can help in managing the vector with effective insecticides.  On these side projects, we are creating a positive impact in wheat and soybean, which are industries with profits in 9.7 and 40.94 billion respectively.