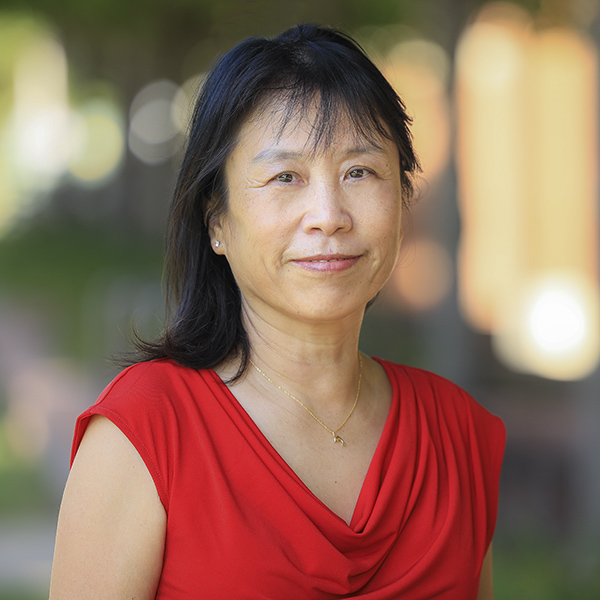 After receiving her Ph.D. degree from Purdue University, Dr. Ma moved to the University of Georgia’s Center for Food Safety, where she worked with Center Director Dr. Michael Doyle.  Her research focus was to better understand issues related to the contamination of food products (meats, dairy, seafood, and produce) by foodborne human pathogens, particularly pathogenic E. coli, Salmonella spp., Listeria monocytogenes, Campylobacter jejuni, and Clostridium botulinum. During this time she also performed contract work with the Centers for Disease Control and Prevention (CDC) in foodborne outbreak investigations.   In 2009 she joined the faculty at Oklahoma State University, with an appointment in the NIMFFAB, to focus on the contamination of fresh produce by foodborne pathogens.

Although whole genome sequencing is becoming the tool for rapid detection and characterization of foodborne pathogens for various applications, our understanding of the potential influence of sequencing platforms and bioinformatics tools on the final results is limited.  In this current project, we are evaluating the performance of two sequencing platforms (Minion and illumine), several bioinformatics tools and databases on rapid identification and molecular characterization of two major foodborne pathogens (Escherichia coli and Salmonella enterica) isolated from food and environment.

Postharvest decontamination treatment is a critical step in reducing food safety risk associated with produce.   However, the current decontamination technologies are mostly based on chemical sanitizers (such as chlorine) which not only have limited inactivation efficiency but also consumer a large amount of water.  Atmospheric cold plasma (ACP), a simple (only needs electricity and air), dry, and non-thermal technology, has the capacity to inactivate microbes including foodborne pathogens on produce with minimum usage of valuable water resource.   My research team has constructed a prototype ACP device for produce decontamination applications.  In this project we are optimizing the device to achieve maximum foodborne pathogen inactivation on produce.  The specific objectives are 1) to assess the impact of electrode arrangements and dielectric materials on the inactivation of Salmonella enterica (model foodborne pathogen) on in-shell pecans (model produce); 2) to investigate the influence of power input and related operational parameters on the inactivation of the pathogen on pecans. The optimized CAP device could be scaled down/up to fit small, medium, and large produce processing settings.

Due to their detrimental effect on human and animal health, mycotoxins in grains and nuts has been considered as a serious issue by both the food and animal feed industries.  Postharvest decontamination treatment is one of the critical steps in controlling such contamination on these commodities. One emerging technology, atmospheric cold plasma (ACP), has the potential to be employed by the industries to eliminate mycotoxin-producing fungi on the grains and nuts.  My research team has constructed a novel ACP device based on surface dielectric barrier discharge and conducted a series of  studies that have demonstrated the inactivation capability of ACP on three major foodborne bacterial pathogens on fresh produce.  In this project we explore ACP potential for the control of mycotoxin-producing fungi on grains and nuts (using aflatoxin-producing fungi as a model and corn and peanut as the commodities).   The specific research objectives are 1) to assess the inactivation efficiency of ACP on the spores of aflatoxin-producing Aspergillus flavus on corns and peanuts and 2) to elucidate the molecular mechanism of A. flavus spore inactivation by ACP through RNA-seq analysis.