Following the 4Rs of nutrient stewardship (Right fertilizer source at the Right rate, at the Right time and in the Right place) has proven to increase the sustainability and profitability of an agricultural operation. As described by The Fertilizer Institute, this concept “provides a framework to achieve cropping system goals, such as increased production, increased farmer profitability, enhanced environmental protection and improved sustainability.”

Winter wheat producers have typically applied nitrogen fertilizer pre-plant in the form of anhydrous ammonia, on the expectations of greater time efficiency and lower material cost. However, the growing season of winter wheat extends approximately nine months, with only 80% of the total nitrogen accumulation reached by flowering (Figure 1). Research has shown nitrogen applied prior to planting is more likely to be lost due to leaching or denitrification. Thus, Oklahoma State University (OSU) researchers invested significant efforts to evaluate alternative nitrogen management strategies, more specifically, field comparisons of nitrogen applied pre-plant versus in-season. Thirty-three trials were conducted over a four-year period at multiple locations across central Oklahoma (Table 1). 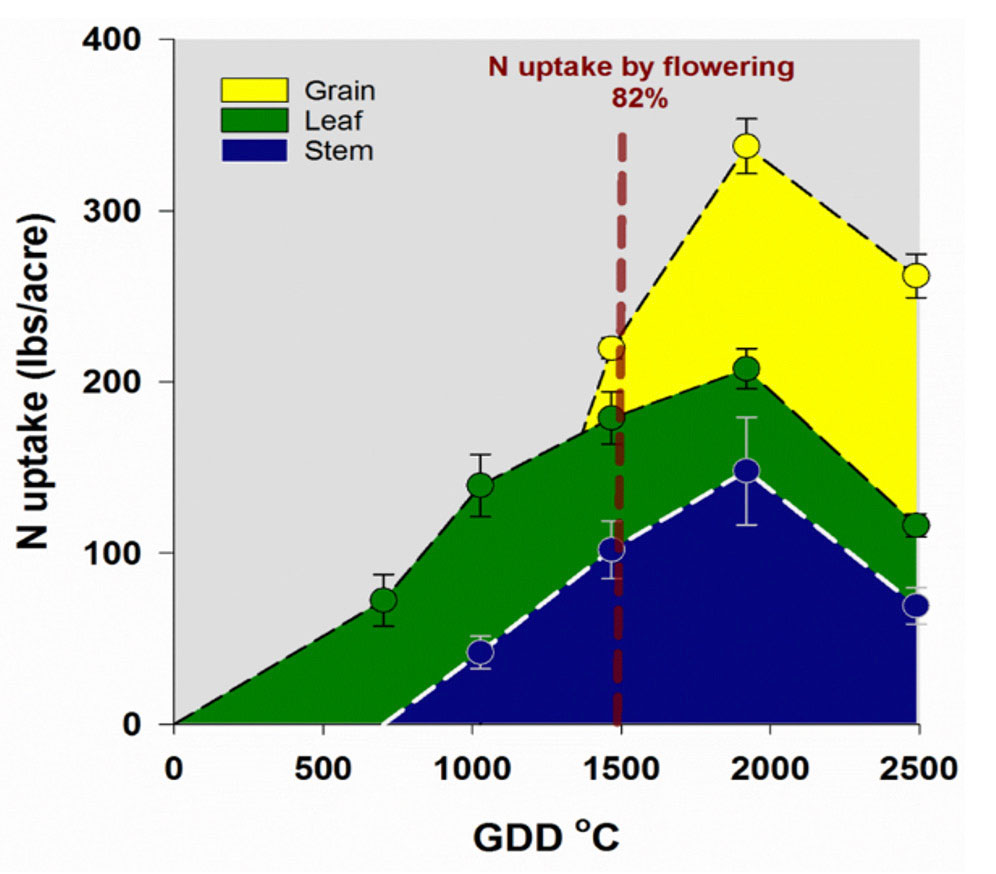 The final conclusion is that the timing of nitrogen application should not be based upon the presence of nitrogen deficiency or calendar date; rather, the timing should be based on the weather and environment during application. While many of the trials used NH4NO3 as the nitrogen source to minimize nitrogen loss via volatilization, the primary sources for in-season nitrogen in commercial practice are dry urea and urea ammonium nitrate solution. Both of these sources show documented losses to ammonia volatilization. This data set provides significant evidence that the optimum application window is quite wide, which allows producers more flexibility to avoid conditions leading to nitrogen losses.

These results are driving further research to better understand the impact of genetics on the response to delayed nitrogen. Based on the precedent set in brassica species, plants under nitrogen stress may reduce vegetative growth in favor of root growth. Through multiple studies, OSU researchers are determining if the nitrogen use efficiency (NUE) of current cultivars are driven by phenological growth patterns or nitrogen accumulation. Figure 2 shows the initial NUE results from trials conducted in 2019-2020 at Stillwater and Perkins. While tissue analysis is still being performed, Green Hammer was the most consistent for NUE relative to grain yield. Research is also being performed to test the theory that when under nitrogen stress, wheat will increase root growth, ultimately making the crop more resilient to late-season stresses. 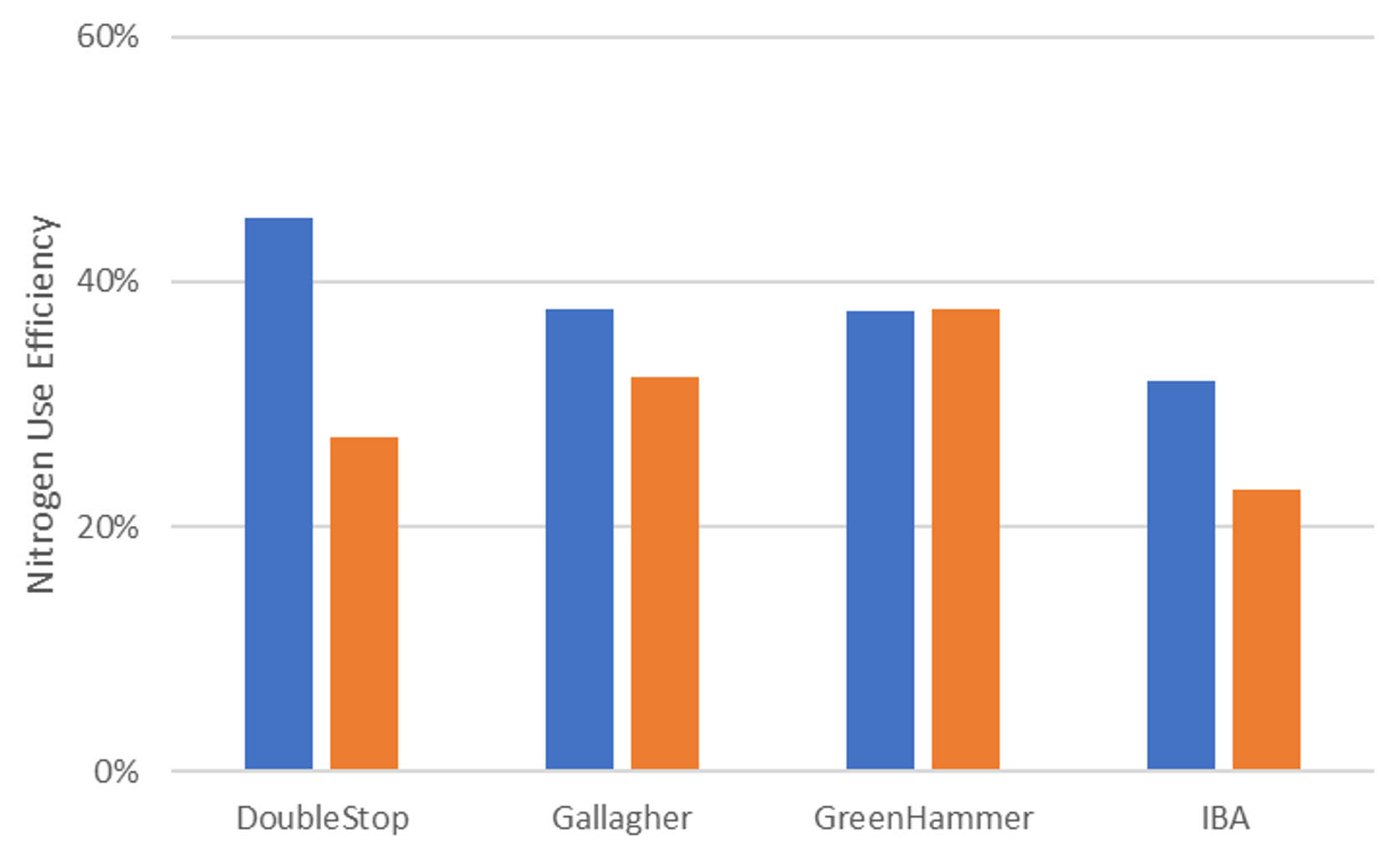 The long-term strategy for retaining progenies with better suboptimal nitrogen performance is to select for yield ratios exceeding 65% when tested at 25% nitrogen and full nitrogen rates, with above-average yield potential at the full nitrogen rate. Genetic variability has not been lacking; the 65% yield target may be reached 5% to 10% of the time with high-yield potential, depending on the genetic background. What hinders progress most is a false yield ceiling and bias caused by spring freeze events and disease pressures to which genotypes respond differently.

The spring freeze in 2020 significantly capped yields across all nitrogen rates. From the Oklahoma Elite Trial (OET, n = 40 entries), mean yields were 18 (25% of optimal nitrogen), 22 (50% optimal nitrogen) and 29 (optimal nitrogen) bushels per acre. Nevertheless, the Wheat Improvement Team (WIT) was able to identify experimental lines in the OET and other nurseries, with yields at the 25% nitrogen rate approaching the mean yield in the optimum nitrogen rate or about 25 bushels per acre to 30 bushels per acre. These lines were advanced in the variety development pipeline for yield resilience at severely low nitrogen supply. This resilience is not negatively associated with yield potential. The overarching goal of this WIT component is not to demote nitrogen fertilizer application but to promote efficient utilization of the fertilizer applied.